Dimitri: Can you tell your achievements in your music career in 2013 as DJ & producer?
Bruce Cullen: I released one of my very first tracks called ‘Princess Bay’, Black Hole Recordings, In Trance We Trust really enjoyed it and signed it. ‘Princess Bay’ just missed the print date for being included on ‘In Search Of Sunrise’. So although I just missed getting onto this release it is a huge accomplishment for me as it’s one of the bestselling Trance compilation CD’s ever sold. I was very excited about that. Another track in 2013 ‘Red Rum’ was also considered for the In Search Of Sunrise compilation CD with Black Hole Recordings, In Trance We Trust. Also in this same first year of my career my release ‘1492’ signed with Black Hole Recordings made it to 14th position on the dance charts. I feel this is a great start.
Dimitri: If you look back in 2013 are there matters in your music career that you wish to have done them differently in order to get a better outcome? 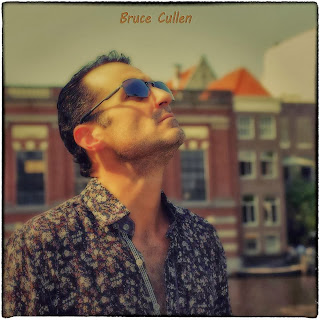 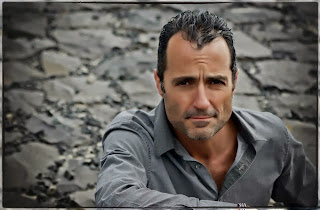 Bruce Cullen: The First Man In History To Dance! (Saturday Night Live) Best laugh I ever had, ever. The first glimpse of EDM dancing by a caveman lol. Ya HAVE to laugh at this!

11) Best Online Social media network:
Bruce Cullen: Facebook, I could tell them so many things they could still improve upon though.
12) Best music composition software:
Bruce Cullen: Cubase, but I also love Ableton for Radio Shows. I really enjoy just messing around with Cubase, hours can go by in minutes, and ideas can come of them that the whole world can share alongside me.
13) Best Event or Open Air Festival:
Bruce Cullen: Trance Energy, Sad This Was Cancelled. SFXE bring it back!
14) Best personal Dj Gig:
Bruce Cullen: LoveParade Germany, just amazing! Big thanks to JOOP and Frank Hulsebos. I am saddened by the lost lives at the last event, my heart goes out to them and the families involved, we ALL miss you in EDM land! BRING BACK LoveParade in Germany! There is no way if you could ask any of the lost souls from that day if they can imagine the event cancelled due to the tragedy that they would want it shut down, think about that people! 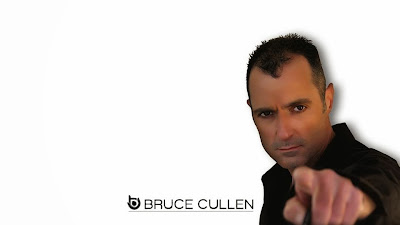 15) Best dj set of the year from other fellow dj?:
Bruce Cullen: TomorrowWorld, Sander van Doorn, always enjoy his style and running into him behind dance clubs on snowy streets in Denver and Amsterdam.
16) Best country that you have visited to perform:
Bruce Cullen: Germany, beer for breakfast, mmmmm. It’s like taking a step backwards in time there, the USA is nothing compared to Europe and the history behind it, the amount of history, you can feel it and smell it in the air over there, really love that feeling, nothing like it.
17) Best Radio show:
Bruce Cullen: Izzy Meusen Favs, Amsterdam, Runner up: Suzy Solar, USA. So glad that Izzy is also now producing tracks, him and I go far enough back, I supported his radio show as well as DJ Dazzle, Armin van Buuren and MANY other artists for a decade.
18) Best Radio station:
Bruce Cullen: DI.FM ‘Vocal Chillout’ Plug and play, take your closest partner and watch the night melt away, that’s life! Awesome tracks on DI.FM, have considered approaching them for getting more involved, been a user/listener for years. Decided to launch my http://TranceElements.Com around when they first started. We’re are currently re-launching TranceElements, a site I founded.
19) Best Online Record shop that you usually purchase your music:
Bruce Cullen: AudioJelly.Com, less cost more music, that’s the way to do it in my opinion. Can’t beat $0.99 per track, support your artists!
20) Best Website that you visit daily:
Bruce Cullen: Trackitdown.Com I also try to update http://BruceCullen.Com as often as I can. Bookmark that one as well! 😉
21) Best smart phone/mobile phone device:
Bruce Cullen: Mobile App, clean and great track selections on that radio station. Big greetings to Andre Behr, the founder!
22) Best Dj equipment (software or hardware):
Bruce Cullen: Pioneer 2000: Earth meet the machine we all dance to around the globe, DJ’s love and they finally are getting it technologically advanced. 😉
23) Best new sound or sample that has been used in EDM this year preferably introduced by you?
Bruce Cullen: Trance Meets Electro-House, Bruce Cullen – 4 Sheets To The Wind [Fraction Records]. It was best described by Bjorn Akesson on Threshold – 096 as “Rather confusing but massive mixture none the less between trance and electro house”, there is no way I will follow other producers in my attempts to put amazing and different sounds to the globe, the more you are confused the more you will be a part of my world of thinking, lol.
24) Best twitter or facebook message you received from a fan or friend or you have read from someone else’s account:
Bruce Cullen: Eric Prydz – Call On Me “This porn has good music”. Funny!
25) Best piece of News you learnt this year related to Electronic Dance Music:
Bruce Cullen: TomorrowWorld Comes to The United States.
26) Best personal achievement related to Electronic Dance Music:
Bruce Cullen: Making it to the top 15 on one of my first tracks released. It made all my years of running around dark alleys and dance-clubs more sensible; it meets my expectations… many call me ‘mindless’ – um yes, I am!
27) Best holiday destination or Best hobby or activity that you spent a lot of time in 2012

Bruce Cullen: My favorite place on earth is Princess Bay in the United States Virgin Islands, thus my track name “Princess Bay’ signed to Black Hole Recordings, In Trance We Trust. I spend much time there and am working on a plan to donate funds to saving the Sea Turtles on the beaches there. Awesome creatures!


28) Best piece of advice you got in relation to your career:
Bruce Cullen: ‘Do what you enjoy and the money will follow you on its own’, from a bond trader when I worked at AG Edwards Investments when I was younger. It’s true, live by it people, don’t listen to others, I have found that the things most people laughed about as I grew up became massively successful, massively! And.. “There is no such thing as luck, it’s preparedness meeting opportunity’ BE PREPARED PEOPLE, much more to come! 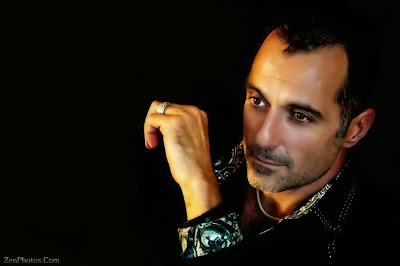 29) Do you read books? The Best Book of the year preferably related to EDM:
Bruce Cullen: No time for books, I live by the feeling of a very good track release and where it takes me, and respect the producers around the world for getting me there. I did read once ‘2001’ and love the movie, also the movie Contact with Jodie Foster & Matthew McConaughey. I really think it’s possible that all the gods people speak of came here a long time ago from distant places (I think they just did not know how to explain it on paper or in scrolls), but again I am also very religious and have a very very open mind. I was brought up Roman Catholic. I am ½ Irish, ½ Italian.
30)Best tip that you learnt this year for your djing or music composition:
Bruce Cullen: To have a theme and a story that finds itself inside itself, weather a trance track or big room EDM track, when creating it, feel where IT wants to go, not where you want it to go. I do also think this ideal is based on much experience being around music growing up. My sister was a classical pianist; my parents took me to too many Broadway plays lol.
Dimiri: 2014 is ahead of us would you like to tell your plans with your future releases, tracks, albums, collaborations, dj gigs.
Bruce Cullen: I have so many requests for collaborations, one day at a time lol. My plan is to continue working on the two tracks I am arranging now, they both are big room. I want to create two sounds going forward, deep & dark and Big and in your face. I love so many styles but that’s my plan. I am also slowly working on a Black Hole Recordings Bruce Cullen handpicked Compilation CD, one day I shall finish this. I’m also looking to produce music for the motion picture industry, if anyone with a solid background is interested in getting involved let me and my team know. Much much more to come people, a big thank you to the massive support from Flux Bpm Online! I wish everyone a safe and pleasant future with massive music!
Dimitri: Thanks very much for your collaboration to reply in this interview
Additional info:
https://brucecullen.com/
http://www.tranceelements.com/
https://www.facebook.com/BruceCullenOfficial
https://twitter.com/Bruce_Cullen
close
Latest Release
Bruce Cullen Stellar Stream
Bookmark Our Socials